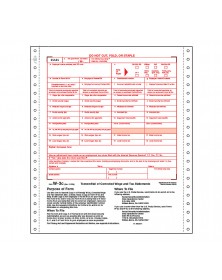 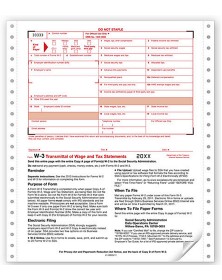 There is nothing complicated about creating W3 forms once you have created a W2 form for each and every employee of the firm. The tax form W3 is merely a summation of all the values that have been embittered in each of the W2 forms for the company. However, the issue with the W3 form is completely different. A large number of companies actually forget to submit the W3 forms along with the W2 forms at the end of February. This is something that can cause issues for the entire tax filing process leading to frustrations and delays too. The W3 form is actually a compilation of all W2 forms put together. The data that is entered in W3 forms is the same as that entered in W2 forms except for the fact that this is a summation of all the information that has been presented in the various individual forms that have been prepared and filed manually. The W3 forms should not include details of those W2 forms that have been filed electronically.

Some of the important information that you need to supply in these forms include wages, Social Security wages, Medicare payouts, tips and various kinds of taxes withheld across the employees. The details also include data about the various deductions like dependent care benefits and disability benefits and more.

When you need to order a W3 form, you need to decide the one that is best suited for your needs. If you have a number of copies that you need printed, it may be a good idea to order the continuous W3 form option atPrintez.com. In this manner you will be able to feed the forms in the dot matrix printer and carry on with other tasks.


Submit Your Own Review

All form fields are required.

Join our community! We promise to give you reliable service and to keep your personal information safe and secure.

Earn 3% back on every purchase! More