Home
Tax Forms
Other Tax Forms
Don't see what you are looking for?   Click here
Sort by:
Sort By:
1 Results
View All
Best seller 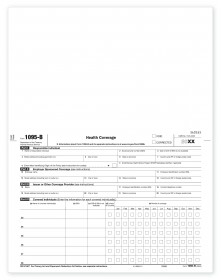 There are various kinds of income tax return forms even though the ones that you may have heard of most may be 1099 forms and W2. These forms along with the corresponding summary, transmittal forms 1096 and W3 are the most often used forms for wages and payment to contractors and other income for an individual or a business. But there are other kinds of federal tax return forms that you might need. Some of these tax return forms include the 1020 W4 form that is the employee withholding allowance certificate, the I-9 tax form which is the employment eligibility verification and more. There is the annual reconciliation statement and W9 forms too. Knowing the specific IRS tax return forms to use can be a very helpful thing. You do not end up wasting time and energy trying to figure out the specific form that should be used.

Irrespective of the kind of form that you are looking for, you will be able to find it atPrintez.com. The list of IRS tax return forms that you can find here include 1099 forms, 1096 forms, W2 tax forms, W3 tax forms, 1098 forms, 940 and 941 forms along with 1042 and 5498 forms too. The relatively lesser used forms like W4 forms, I-9 forms, W9 forms and other DE forms too are available on the site so that you can place an order whenever you like.

Whether it is the W4 tax forms or 1042 forms, all the forms that you order atPrintez.com are created based on the regulatory specifications provided by the IRS. In addition to that, there are different options for compatibility with different software too. You will never find yourself in a position where you do not get the form that you need.


Submit Your Own Review

All form fields are required.

Join our community! We promise to give you reliable service and to keep your personal information safe and secure.

Earn 3% back on every purchase! More